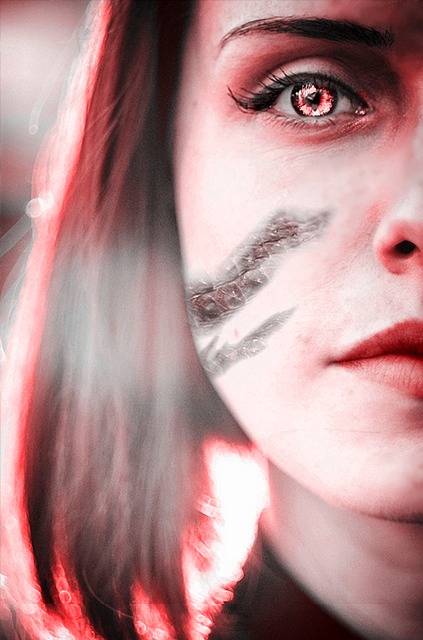 I’m guessing that my Not Enough Dragon snuck into my suitcase on my way to Israel when I moved here almost twenty years ago. I wonder how he didn’t get stopped by security.

Trying to fit into a new culture and way of life has often triggered that monster. For many years, it has brought up feelings of frustration and even shame around not learning the language fluently -- despite my degree in Linguistics from Harvard, fluency in Spanish and competence in other languages. Every time I’m on the phone with sales reps who impatiently tell me to “speeek in Eeengleesh”, my Not Enough Dragon lets out a little roar.

While I’m a grandchild of immigrants, I never imagined that I would become one myself.

Being slow to adapt has caused some embarrassing moments. Once, when asking for change in a candy store, I accidentally requested artificial insemination. What made this situation even more conspicuous was that it was my fourteen-year-old daughter who raised my attention to this error.

I’ve found that being an immigrant never goes away. It’s like being the ugly duckling who is always hoping to turn into a swan, but never really fits in. Another “right off the boat moment” happened in Toys R Us, when I was looking for a Lego set for my youngest son. Concerned about the pieces getting lost, I confided to the clerk that I was worried that the Legos would commit suicide.

This kind of thing does not boost my confidence as a once high-achieving language student.

I was an overachiever from the womb. Full term wasn’t enough for me. I kept my parents anxiously waiting for that sign of first labor pangs, which finally came two weeks late. I suppose I wanted to make sure all my pieces were set in place exactly right.

There was so much to overcome. Dodging the fiery breath of “that’s not good enough,” fending off the gnashing teeth of “push yourself harder” and sidestepping the spiky scales of “don’t stop until it’s perfect.”

I wished I could slay my Not Enough Dragon. I didn't want it in my life anymore.

At first I tried resisting him with the armor of denial. That guard was impermeable!  I denied that I even had a problem. I pretended it was normal to nurse a baby through the night, tend to small children and the house during the day, not rest at all, but go, go, go all day long and get to sleep late. I convinced myself it was normal to rehearse for shows until after midnight several times a week and fall asleep in my clothes.

Wearing heavy armor to protect myself from the dragon, I walked my kids to and from school and kindergarten each day even though we had a car — so I could teach them to be independent. It wasn’t good enough to just get them there.

I pointed out the beauty of nature along the way to help develop their spirituality. I did art projects with them in the afternoon, made homemade whole-wheat pizza and baked cookies together. It wasn’t enough to just be with them. We had to always be doing something useful or meaningful. I had to give tof myself non-stop… or I wouldn’t be a good enough mother.

At bath time I would play word games to help them develop their language skills. At night I would read them a bedtime story (or two or three) with my eyes half-closed. Sometimes I would ping-pong between bedrooms to their calls of “Mom! Mom!” until I thought I would just drop.

At every moment possible I focused on giving to their bodies, minds and souls. Neglecting myself. And it was never enough. That darned dragon! It just wouldn't go away!

Even in my part-time job as a freelance writer and editor, I would pore over sentences with the scrutiny of a diamond cutter, which made my hourly rate plummet down until I was almost volunteering.

The dragon was lurking everywhere.

Then I decided it was time to attack. I would use weapons. Knife and dagger, poison, arrows, even a ballista. But nothing worked. I was still driven, I still pushed myself. And as time went on, I noticed I was becoming more and more like a dragon myself -- moody and short-tempered. Exhausted, I would get resentful and angry, or feel despair and cry.

The turning point came when, rather than attacking the dragon, my body started to attack itself. I was diagnosed with a rare autoimmune disease related to multiple sclerosis called neuromyelitis optica. Chances of getting it are one in 100,000. (And I always thought I was one in a million! Even that wasn’t good enough.)

So now it’s 2010 and I’m sitting on a hospital bed. The dragon is shamefully hiding under my bed, I stare at the MRI photo of my brain. Three bright spots that the doctor has named “UBO’s” for “unidentified bright objects” float around on the black and white image. Then it clicks. I’m not looking at an interesting photo. This is the inside of my head. There are UFO’s flying around in my brain!

I guess it’s time for a truce.

I call the dragon out from under the bed.

The dragon nods his scaly head..

We look at each other. We acknowledge the years of battle, the enduring conflict, the endless strife.

Then we give each other a hug. A long one.

I no longer needed to slay my dragon... just tame it. With love.

And let me tell you, just as I embraced my Not Enough Dragon that day in the hospital, I would go on to learn how to embrace and accept myself, appreciate others more, and acknowledge life as it is with less resistance.

With the help of several natural health practitioners, I learned to give myself what was missing from my life: awareness, attention and persmission to take care of myself. I deepened my spiritual practice and learned how to talk to the Divine from a place of vulnerability. My husband and I went to counseling so we could learn to communicate better and support one another... instead of being two ships passing in the night.

Along the way, I have become more loving and generous while honoring my personal boundaries. I feel more ease, flow and joy in my life and work. The atmosphere in my home is more calm and relaxed. My relationships with my husband and children continue to blossom.

And that’s the story of how I finally tamed my Not Enough Dragon.

Is it time to tame yours?